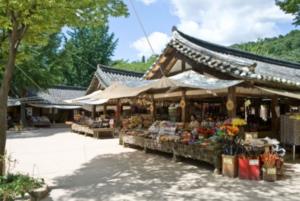 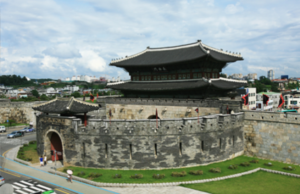 Korean Folk Village was created with a view to presenting the Korean traditional culture for local and international tourists by collecting in one place the folk customs that have been passed down for a long time.

This is a kind of a cultural theme park where you can experience Korean traditional culture.

Suwon Hwaseong Fortress was constructed under the guidance of Yu Hyeong-Won (1622-1673) and Jeong Yak-Yong (1762-1836), and is believed to have been constructed very scientifically. The fortress wall was built using Seokjae and Jeondol (bricks) and the holes between the bricks are just big enough to fire guns, arrows, or long spears through in case of an attack.

The fortress was designated as Historic Site No. 3 in January 1963, and in December 1997, it was designated a UNESCO World Cultural Heritage Site. A variety of performances and events are held at the fortress every day and Suwon Hwaseong Cultural Festival takes place here in autumn.